NEC Australia’s General Manager of SmartSystems, Paul Howie, recently spoke to Sky News Australia about facial recognition, following the Government’s announcement to implement the technology in Australian airports. Paul breaks down what the news means for everyday Australians, how facial recognition works, and how it’s already being used to successfully improve security and accurately identify threats. 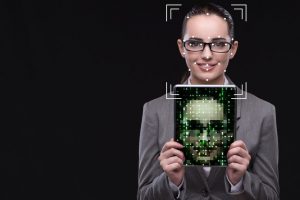 …..Improvements in face-recognition algorithms had steadily improved the ability of automated systems to identify individuals in video footage of increasingly low resolution – allowing for identification from greater distances from a surveillance camera, for example. Yet the algorithms had also become far more computationally efficient, NEC Australia general manager of smart systems Paul Howie told CSO Australia, allowing for near instantaneous recognition on powerful computers and enabling the technology to be scaled downwards to become an everyday form of 2-factor authentication (2FA) on all manner of mobile and low-powered fixed devices.

“Five years ago we were talking about a person walking to a point and standing there for a few seconds to get verified” as with the Department of Immigration and Border Protection’s Arrivals SmartGate and Departures SmartGate systems installed by French company Morpho years ago, Howie explained. “Now you can just walk past or towards a camera, and it can pick you up.”

Issues of resolution and time to scan are irrelevant when matching fixed photographs like the driver’s licenses that state premiers agreed to hand over to the federal government for anti-terrorism purposes – 20m images is a “relatively straightforward implementation for us”, as Howie puts it – but they will play an increasingly important role by eventually allowing the more rapid identification of individuals within real-time video of a scene. 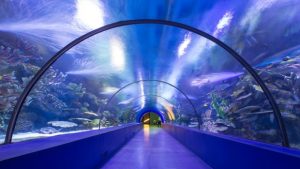 Dubai International Airport is doing away with security counters next year and introducing virtual fish to verify your identity instead.  Foreign affairs chief Major Gen Obaid Al Hameeri: “The fish is a sort of entertainment and something new for the traveler but, at the end of the day, it attracts the vision of the travellers to different corners in the tunnel for the cameras to capture his/her face print.”

The first “biometric borders” will appear by late 2018 at Dubai International Airport’s Terminal 3, with other terminals being fitted with them by 2020. You’ll have to be pre-registered to pass through the tunnel, with 3D facescanning  kiosks set up at locations around the airport to do so.

When passengers reach the end of the tunnel, their biometrics will be matched to their digital profile and they will either receive a green message reading “have a nice trip” or a red alert if a security officer is required to perform further checks.